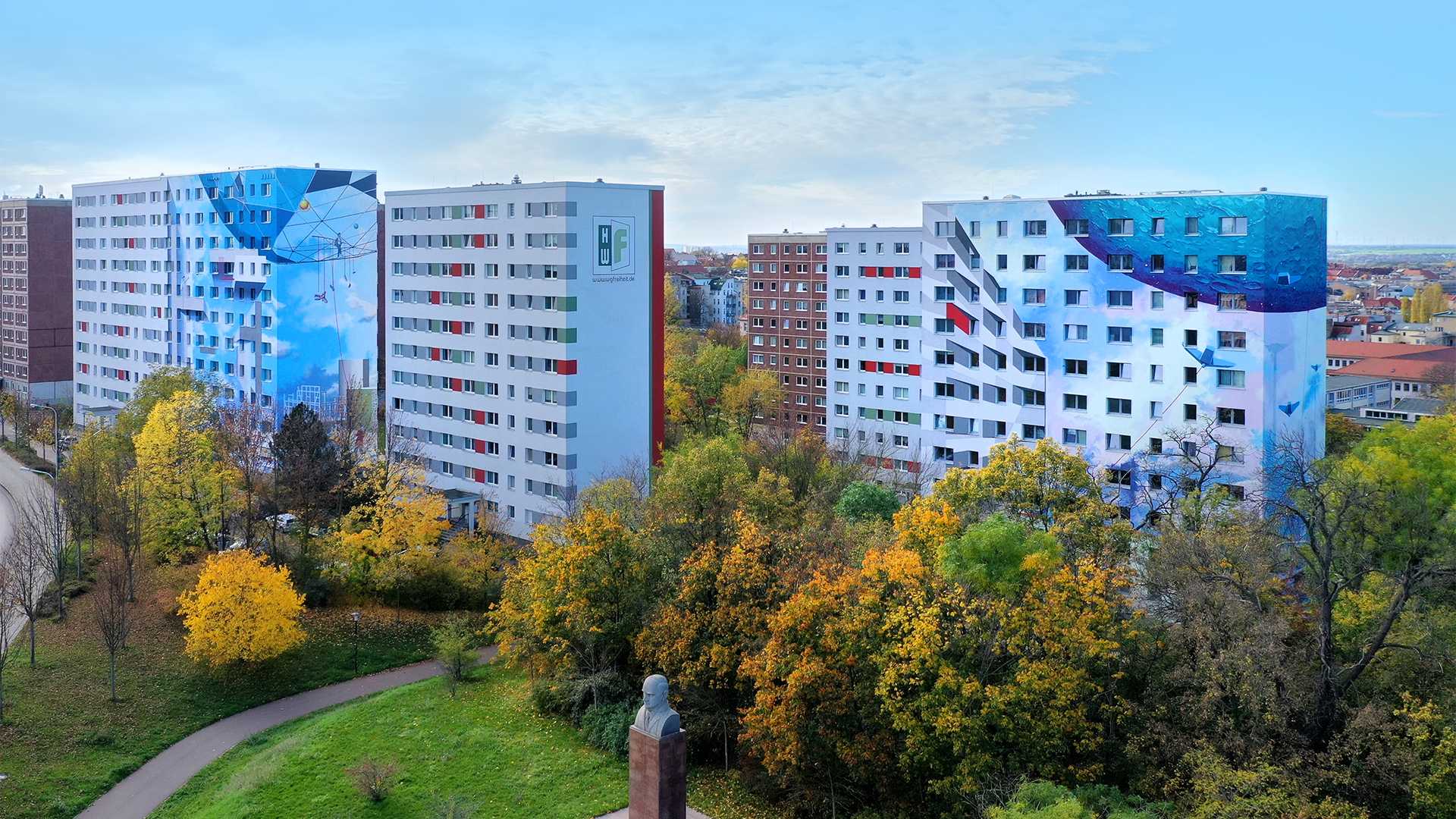 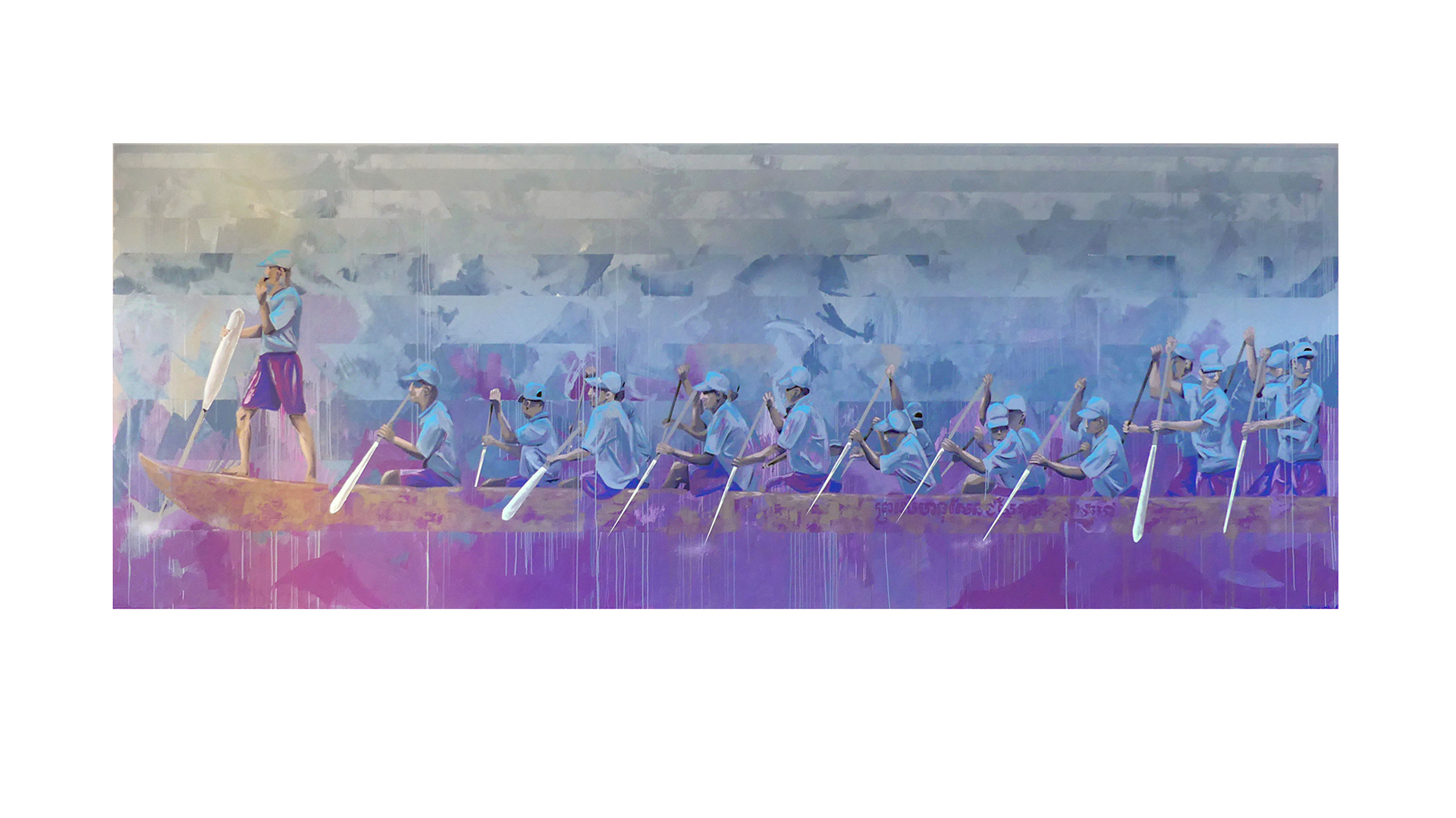 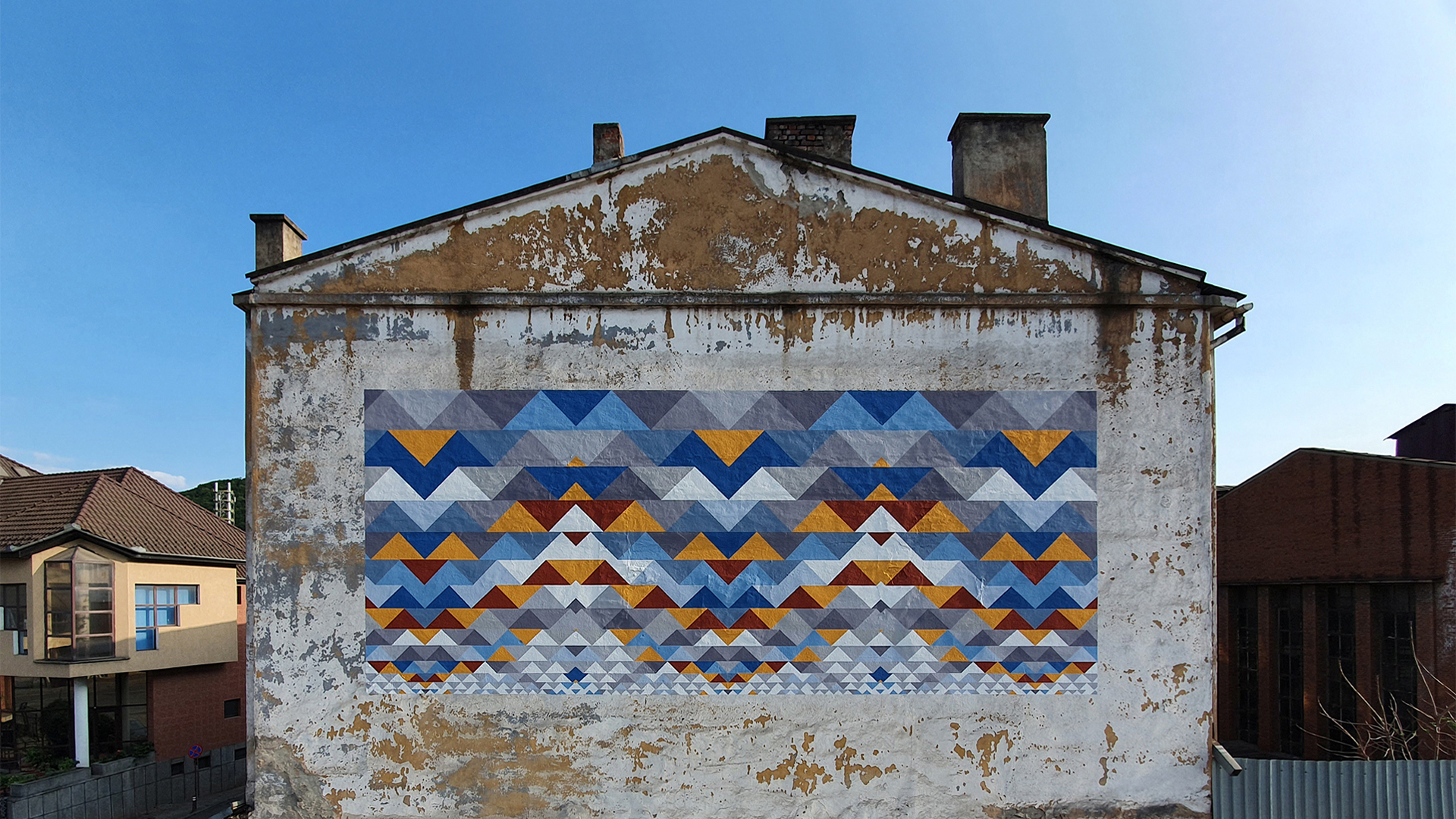 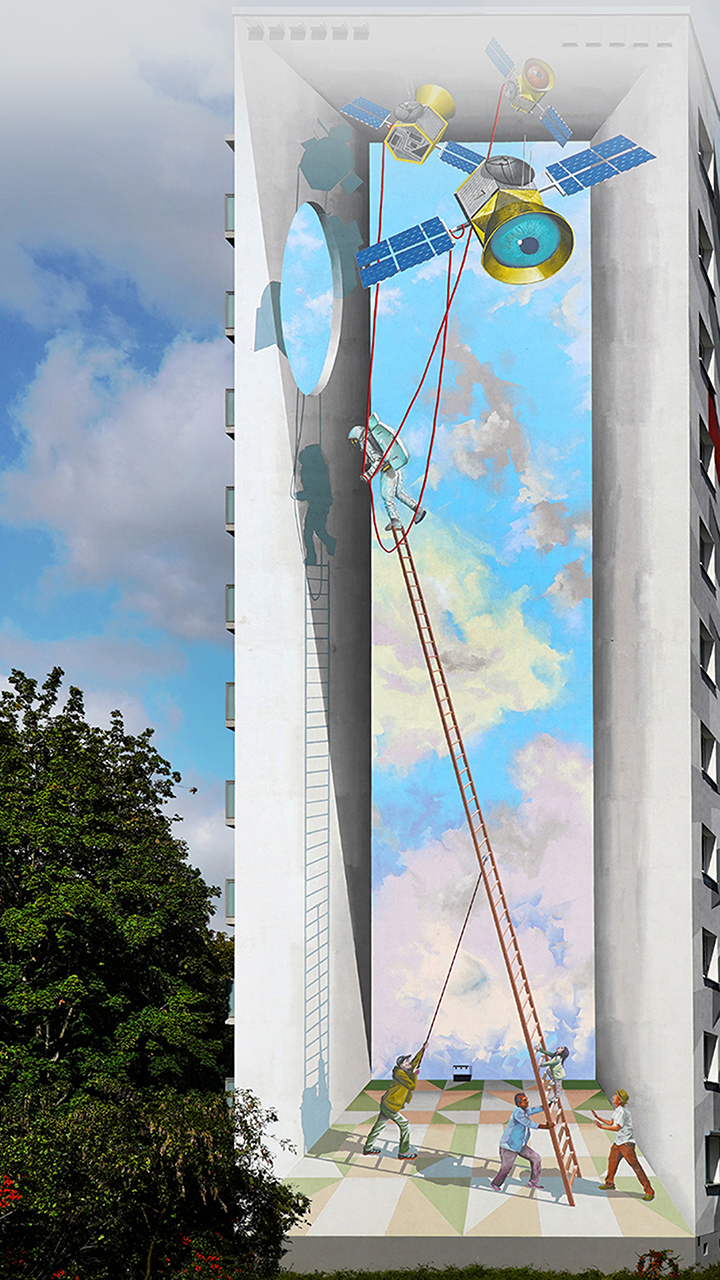 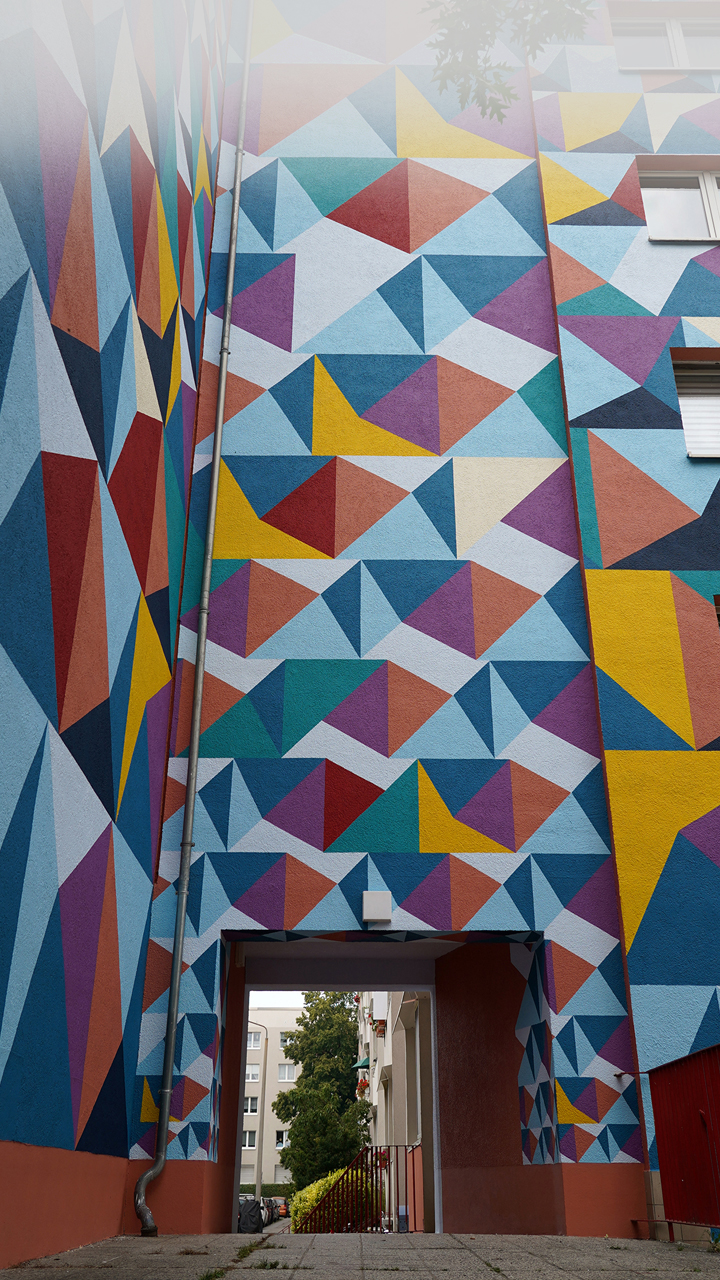 The wall is located on one of the entrances to the city, so clearly, we wanted to create something that relates to the area. We were lucky to have a lot of time to prepare the mural, so I could take photos in various weather conditions and seasons. I really wanted to include the trees right in front of the house in my thoughts instead of seeing them as a visual threat to my artwork. Therefore we decided to go for something abstract that still has a clear connection to Halle-Neustadt. The structure of concrete blocks on houses that still exist from the socialist time came to my mind. We already painted a wall with this theme in 2017 and back then the appreciation by passing neighbors was really good. So with that in mind as a basic idea I took a math formula to reduce the size of triangles constantly as closer as the painting gets to the sky. For me that underlines the natural visual behavior of humans in which things further away seem smaller – which is exactly what happens when you look at a tree: the leaves seem to be smaller on the top. I was super happy that a lot of people came to me after we were finished saying that it is nice how the painting shines through the trees – not saying that it is sad the trees stand in front of the mural, covering it. For me that was the biggest goal: creating an artwork that totally fits the space it’s located in.